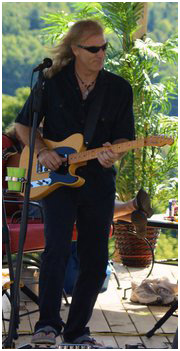 A singer songwriter in his own right, Steve is a much sought after record producer with over 25 years experience in the music industry. Steve, with his wife Shelly, spent time in Nashville working with the big boys and also sailed the Caribbean playing gigs on all the islands. He continues working in the Tampa, FL area where he also enjoys sailing and playing gigs with his wife Shelly. Steve co-wrote a few of the songs on The Apple but added his own flavor to everything on the album and I’m so grateful for that.
Show some love to Steve on Facebook.

Kyle is now touring with Jimmy Buffet and his guitar player Ilo Ferreira and playing for tens of thousands of people in stadiums around the country. I was lucky enough to meet him just before he went on the road. He spent 2 weeks laying down most of the lead guitar parts and gave my songs that extra punch they needed. The licks he came up with for these songs are amazing. Kyle is such a talented guitar player and I’m so lucky to have him on my first CD. Thank you so much Kyle!
Show some love to Kyle on Facebook.

Shelly and Steve have been together since they were teenagers. Their style, class and integrity in their music and their life is unmatched. Shelly sings beautiful harmonies and can really belt it out when she wants to. She sings the amazing lead vocal on “Too Good to be True” and her background vocals gave my songs balance. She also played the congas on many of the songs and give them a subtle Latin flavor. Her warmth and energy were an integral part of this whole process. We could not have done it without you Shelly and I’m so grateful.
Show some love to Shelly on Facebook. 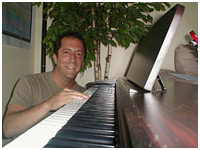 I am humbled to be in the presence of these quality musicians.
Show some love to Joey D on Facebook.